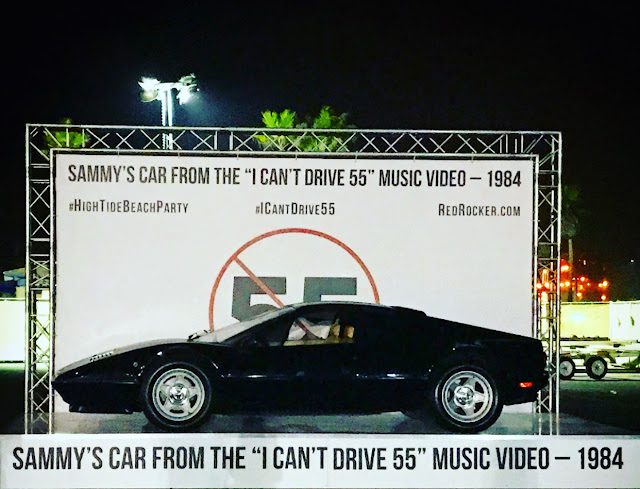 To quote the man himself… “I can’t drive 55” either. But it’s usually because I’m stuck on the 405 driving 45. If you don’t know those iconic lyrics sung by Sammy Hagar circa 1984, then you should Google it immediately. I’ll wait.

Sammy Hagar, a rock star and entrepreneur usually celebrates his October 13th birthday by performing in Cabo San Lucas at his iconic restaurant chain; Cabo Wabo Cantina. This year he decided to throw an extra-large birthday bash in Huntington Beach for about 13,000 people. The event known as Sammy Hagar’s High Tide Beach Party & Car Show began on Saturday October 6th  at noon and ran until about 9pm or later if you were lucky enough to acquire after party tickets.

The day began with ample sunshine and sand, beach food and drinks provided by Cabo Wabo Cantina’s Chef Jorge Viana flown in from Cabo San Lucas just to make his iconic tacos for lucky guests. Outback Steakhouse provided some of their classic ribs while other barbeque classics such as hot dogs, burgers and ice cold drink options were available at various carnival style stands.

The day was a feast of food, music, beach games, dancing and classic cars. Dance lessons included Tahitian, hula and line dancing, while the curated car collection included exotics, muscle cars and the iconic 1982 Ferrari 512BB from Sammy’s hit single music video “I Can’t Drive 55” which you’ve Googled by now, I hope. Hagar says he was a car enthusiast before a musician. Making cars a part of his birthday event was clearly a natural move. His own car collection includes a Ferrari 599, LaFerrari, Aston Martin Vanquish Lagonda and a 1967 Mustang Fastback to name a few.

The event was sold out with attendees happily dancing, downing beers and barbeque while singing along on the warm beach throughout the day. Security seemed a little frazzled on crowd control, but attendees were less rambunctious than many beach style functions of this sort with most in good spirits enjoying the event.

Sadly, by the end of the night trash cans were overflowing with plastic cups, paper plates, water bottles, caps and cans while lost beach towels, flip flops and folding chairs lay strewn about the general vicinity reminiscent of a time before recycling bins. Hopefully the cleaning crew was able to get started before any of it made it into the ocean.

If you missed the event, mark your calendar for Sammy Hagar’s birthday next year, as we expect this event to become an annual party for 1980’s rock lovers and Huntington Beachgoers.

And keep an eye open in early 2019 for the Circle’s forthcoming beachy themed album. 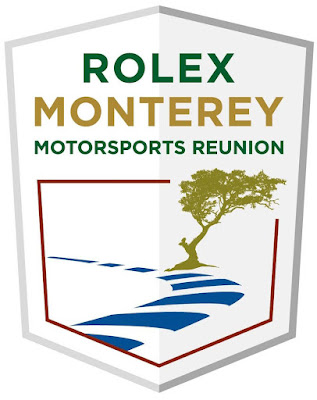